“Homosexuality is unnatural” is the first line of defense of gay marriage opponents.  I used to think so too, just because I’m straight. But what does “unnatural” mean?  “Unnatural” is the opposite of “natural”.  Depending on the context, “natural” can mean a number of things. 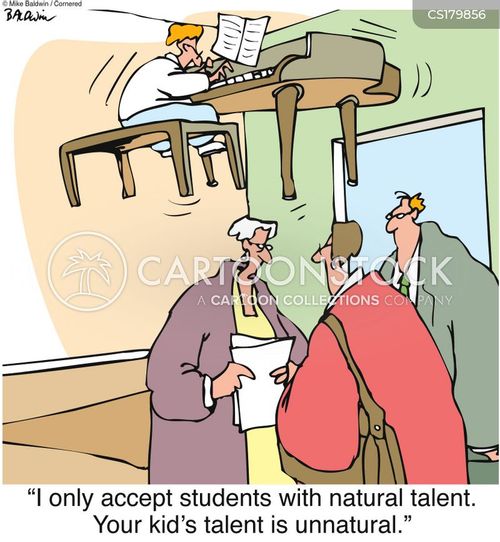 “Natural” can refer to something occurring in nature, without human participation.  “Unnatural” in this context means something man-made, something that can be seen only when humans are involved, something that would never develop without human participation.  If homosexuality is unnatural in this context, one would not observe it in wild animals.  A simple search on Wikipedia on “homosexual behavior in animals” reveals this.  Oh, My God!  Just a short list of “homosexual offenders” in the animal world:

Not the bed bugs! I was particularly impressed by the documented case of homosexual necrophilia in mallards.  Here is the link to the original paper PDF.  The author, Kees Moeliker, also made a TED talk about this interesting case with a few additional details, such as an example of a frog engaging in an oral sex with a live goldfish.  This paper and this video come to my mind each time someone uses the word “unnatural”.

Bed bugs, dragonflies, and lizards having homosexual affairs also destroy the myth that homosexual behavior is a choice unless we want to claim that dragonflies have consciousness and can choose what they do.  If God created dragonflies, he must have created homosexuality too.  Can dragonflies sin?

This video in Russian called “Homo sapiens – homosexuality in humans and animals” (you can turn on English subtitles) mentions that homosexual behavior is observed in over 1500 species!  It also shows many interesting examples of the contexts and reasons of it showing that the function of sex is not only reproduction, even in the animal world.

So, it’s not just a “fluke” of nature.  A random event with a negligible probability of observing.  Homosexuality in nature is very common. So, one cannot use “not observed in nature” definition to claim that homosexuality is unnatural.

But there are other meanings of “natural” and “unnatural”.  For example, people may say that “it is natural for the sun to rise in the morning and set in the evening”.  This simply means something commonly observed.   It’s a synonym of “normal”.  So, something not commonly observed or regularly done is identified as “unnatural” or “abnormal”.  “It is unnatural for me to wake up at 3 am” simply means that I normally do not do it. Perhaps, this is what most straight people mean when they say that homosexuality is unnatural.  First of all, other people can regularly do things that I would never do and it would be natural for them.  What is commonly observed in one area or culture can be very uncommon in another.  Even the sun does not rise and set every day in summer or in winter in areas close to the poles.  “Water boils at 100C” is only true at the sea level and on Earth.  On Mars, water does not normally boil at all.  It’s too cold.  This means, we only call homosexuality “unnatural” or “abnormal” because we don’t observe it too often.  But is it a good reason to oppose homosexual marriages?  We don’t see redheads too often as well.  Shall we call red hair a “genetic abnormality” and ban them from marriage also?  Claiming that homosexuality is “abnormal”, that it’s a “genetic deviation”, a “disease” of some sort, seems bogus.  When “unnatural” is used in the sense of an uncommon behavior, opposition to gay marriage is based in mere tradition.  “It has always been this way” (followed by the quotes from Genesis).

Bottom line.  Some definitions of “unnatural” do not hold water with respect to homosexuality.  Others lead to circular reasoning.  Those that cannot be refuted, are reduced to 1) physical disgust or 2) tradition, often based in religion.

What other meanings of “natural” and “unnatural” have you seen?  My advice: avoid using words “natural” and “unnatural” in any debates.  In my experience, the most common source of misunderstanding in discussions comes from using different, unclear, or too broad contexts for common words.  Some people claim all we see around us is nature, therefore everything is natural.  Some people believe in supernatural.  If the supernatural is not natural, i.e. unnatural, then God is unnatural too.  “Careful the things you say, children will listen.“

The recent U. S. Supreme Court ruling legalizing same-sex marriage caused fierce discussion all over the world.  Some celebrate it as an advance of human rights, others condemn it as an assault on morality and traditional family values.  I never hated homosexuals, but 10 years ago I would oppose the idea of gay marriage. Over the time, I changed my views.  Today I think any seemingly rational argument against gay marriage can be ultimately reduced to the two core arguments:

In my experience, these are the only two unrefutable arguments against same-sex marriage.  They are unrefutable because they are irrational. I challenge you to find a rational argument that don’t have one of these two at the root.  I’ll deal with the most common “rational” arguments later, but first, a few words about these two.

Disgust is a natural reaction allowing us to avoid dangers such as disease or parasites.  It’s similar to fear — a completely irrational subconscious emotion.  People can be disgusted by anything.  For instance, people can be disgusted by mice, cute little creatures.  Nevertheless, mice can transmit disease, so disgust towards mice is understandable.  Just today I have read in an anti-gay comment that “a picture of two men kissing is disgusting, but a picture of a man and a woman kissing is natural and beautiful”.  What?  Sticking my tongue into another person’s mouth full of germs and tasting her saliva and whatever remains from her breakfast on her teeth?  Eew!

I was in the first grade when I saw a pornographic heterosexual picture brought to school by one of my classmates for the first time in my life.  I was shocked!  “Why in the world,” I thought, “would a man ever put his peepee inside her… hey! what hole is that, by the way?  Isn’t that where the poop comes out?  No?  Whatever!  Still close.  Eew!  That’s gross!  How would it cross anyone’s mind to do that?!”  Apparently, my attitude towards the orifices of the opposite sex has changed over time.  You may be surprised, but now I find them enjoyable.  I can totally understand that two men or two women can please each other physically and, perhaps, even better than the opposite sex simply because a same-sex partner’s body is more familiar.  It’s not my cup of tea, but nobody makes me drink it.  So, why would I force anyone to do what I enjoy?

Getting familiar with the source of disgust or fear is the way to overcome them both. People often fear or stay away from the unknown just to be on the safe side. These unjustified fears follow people like ghosts and are passed from generation to generation until nobody remembers how they started.  With this in mind, getting into the face of the anti-gay folks with pride parades makes sense.  It’s painful and unpleasant for the people undergoing this therapy, but there seems no other way to overcome those phobias.  One can’t argue against disgust with reason.  Sometimes, humans can overcome their instincts with intellect.  But, as Eeyore said, “We can’t all, and some of us don’t. That’s all there is to it.”

Religion.    People quote many passages in the Bible to argue against homosexuality.  In Genesis 1, God created a man and a woman to enjoy each other.  But Genesis 1 contains no prohibition of homosexuality.  Show me one if I missed it.  Apparently, it was not needed back then because it was hard to find a same-sex partner.

It is very common to hear that God destroyed Sodom and Gomorrah for the sin of homosexuality.  The word sodomy originated from this passage.  But let’s read the story in Genesis 19 carefully.  What we see there is, actually, an attempt to gang-rape Lot’s two male guests by a mob of male citizens.  This is a case of blatant sexual violence having nothing to do with consensual sex between two adult same-sex individuals.  Ezekiel 16:49 confirms that the sin of Sodom was not sodomy (thanks, archaeopteryx1, for pointing this out).

The next prohibition is in Leviticus 18:22:

Do not have sexual relations with a man as one does with a woman; that is detestable.

Good old disgust, no other reasons are given.  The long list of sexual prohibitions in Leviticus 18, however, seems to be aimed at maximizing fertility, avoiding incest and family feud over sexual partners.  Many of them make sense in this context.  Perhaps, increasing the population was a priority in the biblical time, but today overpopulation seems to be a bigger concern. Not a word about lesbians in Leviticus, by the way.

Leviticus 20:13 suggests to put homosexuals to death along with other categories of citizens.  Do civilized people follow those to the letter?  When was the last time even the Orthodox Jews stoned a sabbath breaker?  And hasn’t Jesus override “eye for an eye” with “love your neighbor“?  Stoning your neighbor for a same-sex relationship “so that he doesn’t burn in hell forever” — how’s that for “love is patient, love is kind“?

Speaking of Jesus.  What does the Gospel say about homosexuality?  Here is a quote:

Nothing.  Show me a single direct quote of Jesus’s own words on homosexuality.  Jesus quotes Genesis 1 in Mark 10:6-9  on joining the man and the woman to become “one flesh” but where does this passage prohibit homosexuality?  The context of Mark 10:6-9 is divorce — a totally different topic.  It’s a stretch to apply this quote to homosexual marriage.

Most of the “anti-gay” quotes in the NT are found in the Epistles.  In 1 Corinthians 6:9-13 Paul says that homosexuals will not inherit the Kingdom of God along with idolaters, adulterers, fornicators, and other folks.  Why?  Just because.  There is no logic.  It’s by definition.  I can understand why idolatry is bad.  I can understand how adultery hurts feelings.  I can understand why random sexual contacts can be harmful.  I don’t understand why a woman loving another woman is a sinner and a worse person than a woman loving a man.  Shall I blindly follow everything the Bible prescribes?  I’m afraid, I will be  walking down the street with a machine gun every Saturday killing people who bent down to tie their shoes or doing anything remotely resembling work.  By the way, is stoning sabbath breakers considered work?  Well, perhaps I will have to wait until Monday to do that.  Bummer…

So, if I use logic to follow the Bible, I will violate many Biblical commands and miss out on the Kingdom of God.  But If I don’t think and just blindly do what the Bible says, I will end up in an ER with my hands chopped off and my eyes plucked or worse.  I’m screwed either way.  Tough choice.

To sum up, from my experience, all “rational” arguments against same-sex marriage are based on two irrational ones: 1) physical disgust with homosexuality and 2) religion simply declaring homosexuality immoral with no other reason than, again, physical disgust or a mere definition. If you have an argument that does not stem from these two, I’d be very interested to hear.  Feel free to leave a comment.